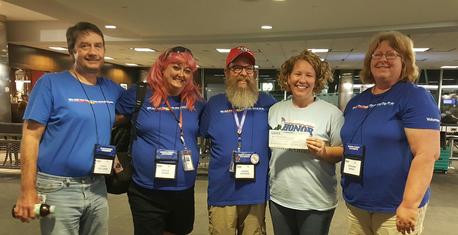 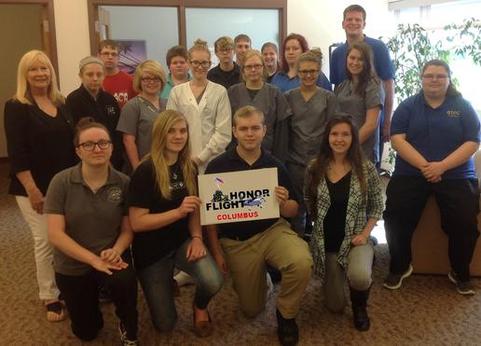 The JOG (Jobs for Ohio's Graduates) class at C-TEC of Licking County recently donated $1,500 to Honor Flight Columbus. They raised the funds from the Heavy Metal War.

The Southwest Airlines SOS Charter Team presented a check for $1,350 to Honor Flight Columbus during the October 21 trip.

Honor Flight Columbus was one of local charities sharing the funds raised at the Ohio Shootout for Soldiers event on July 15-16. The event, held at the Obetz Fortress, featured lacrosse matches and other competitions.

Funds were split among 8 charities (6 national and 2 local). 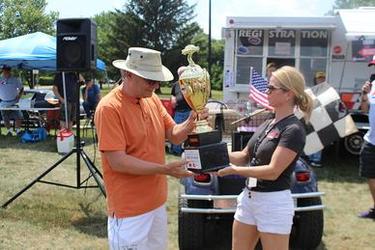 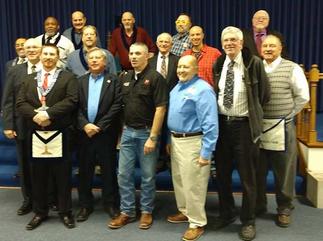 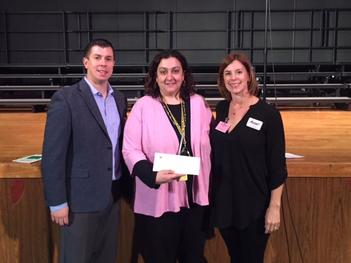 Wade and Cindy Wetzel, representatives for Woodmen Life, have presented our veterans with a 3' x 5' American Flag after each of our Honor Flight trips.

What a wonderful tribute to our honored veterans. 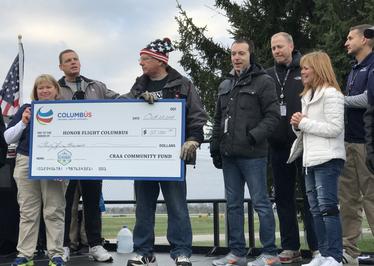 Honor Quilts - Ohio presented each of our Purple Heart Vietnam veterans on the October 22 flight with a beautiful handmade patriotic quilt thanking them for their service to our country. 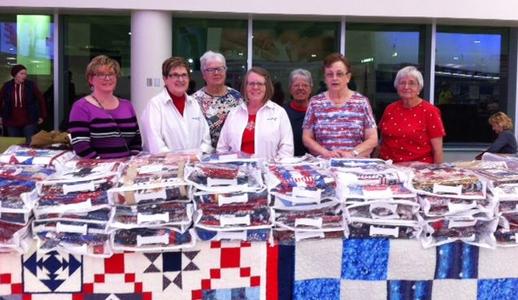 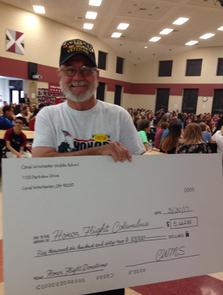 Diane Fosselman, head of the Honor Flight Columbus Westerville Committee, accepts a $10,000 check from the Military Employees Group at Chase. Presenting the check are Michael Richard (left) and Anthony Anzic of Chase.  In addition, the Westerville Rotary donated $3,000 to Honor Flight.  The proceeds were from the 2017 Veterans Day 5K run sponsored by the Rotary and Chase.

Honor Flight Columbus volunteer Bob Jackson accepts a $5,662.83 donation from the Canal Winchester Middle School. The school raised the funds from several activities, including a promotion with Mod Pizza.​ 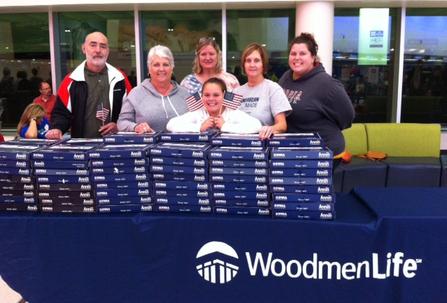 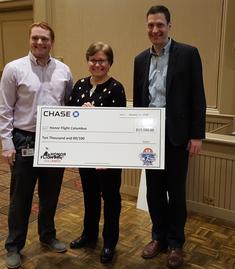 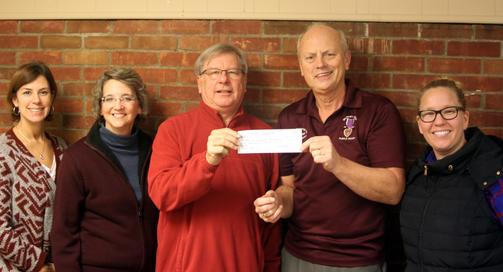 Vance Outdoors held a fundraiser beginning in April and ending with a live radio show, a classic car cruise-in, and a raffle on June 11.

The activities resulted in donation of $25,089.13, which paid for 50 veterans to take the trip to see their memorials in Washington, DC.

Additional photos below are from the events on June 11. 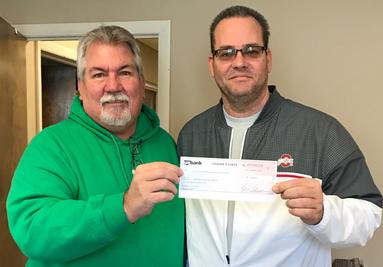 Honor Flight Columbus thanks these groups for their recent donations 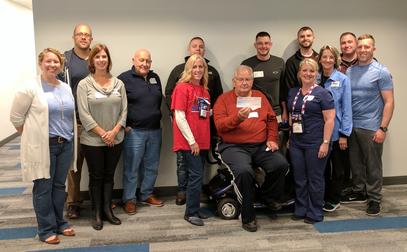 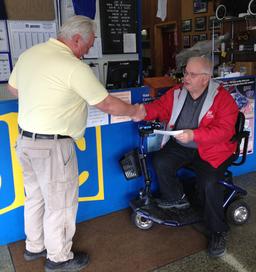 Members of the Ohio National Guard donated $2,655 from multiple fundraisers.

Several Guardsmen will serve as Guardians on the May 13 trip. They presented the donation to HFC President Jim Downing and other Board members, Executive Director Bonnie Sparhawk, and Executive Assistant Director Carolyn Barger at the May 4 guardian training session. 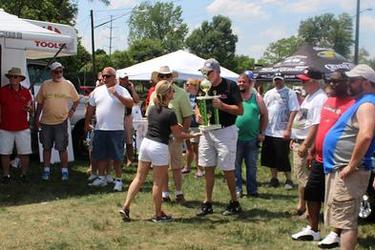 Darrell Drone and Brian Meyer presented a check in March for $2,800.

The donation was raised from a June 18, 2016, golf outing they organized at Split Rock Golf Course. 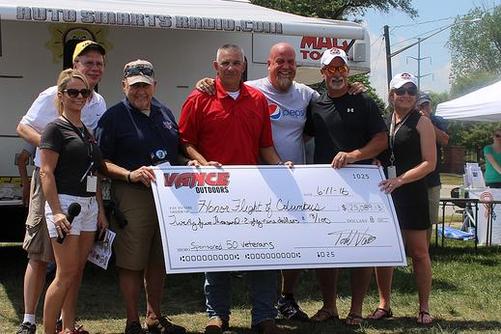 The Ohio Department of the Military Order of the Purple Heart donates $1,000 to Honor Flight Columbus.